So that was the craziest start! We arrived about 3:15 before our flight time at the airport. We stopped on the way to fix a bank card problem as the pins were not working. The fixed one card but were going to have to mail the pin to the other. Um, we are on the way to the airport…that wont work. Moving on.

We got all checked in, thru security with one one lecture about dumping water out of my water bottle…whoops and a quick check of the ice packs. Smooth sailing. Zeb arrived and our party was complete. We were then told they changed our gate. My dad rang and said our flight was delayed…I said that does not work as we did not have time for a delay. The chaos begins…

We changed gates three times as they got us United tickets because we were going to miss our connecting flight. Thankful for the passage and not having to go thru security again! Zeb was not going to make the same flight as they did not transfer us. The United ticket lady was really nice and last min she gave him the last standby ticket!

We only had about 2 hours to move between our two flights when we landed. At SFO we had to go out and back thru security which was a little more strict than PDX. I had to pull my camera out of my suitcase, out of its bag. Since PDX did not give us boarding tickets we had to wait in the long line to get passes before we even could go thru security. We had left behind Zeb as their was a confusion with with his ticket. We literally walked right on the plane. That was as close as missing a flight as I ever care to be…to close for comfort!

The flight was pretty uneventful and everyone made it safely. Zeb was a few hours behind us and made it safe too. In all the chaos we only had two bags go missing. One was recovered and hopefully the second will be too.

Here is our home for the next three weeks. It will be tough. 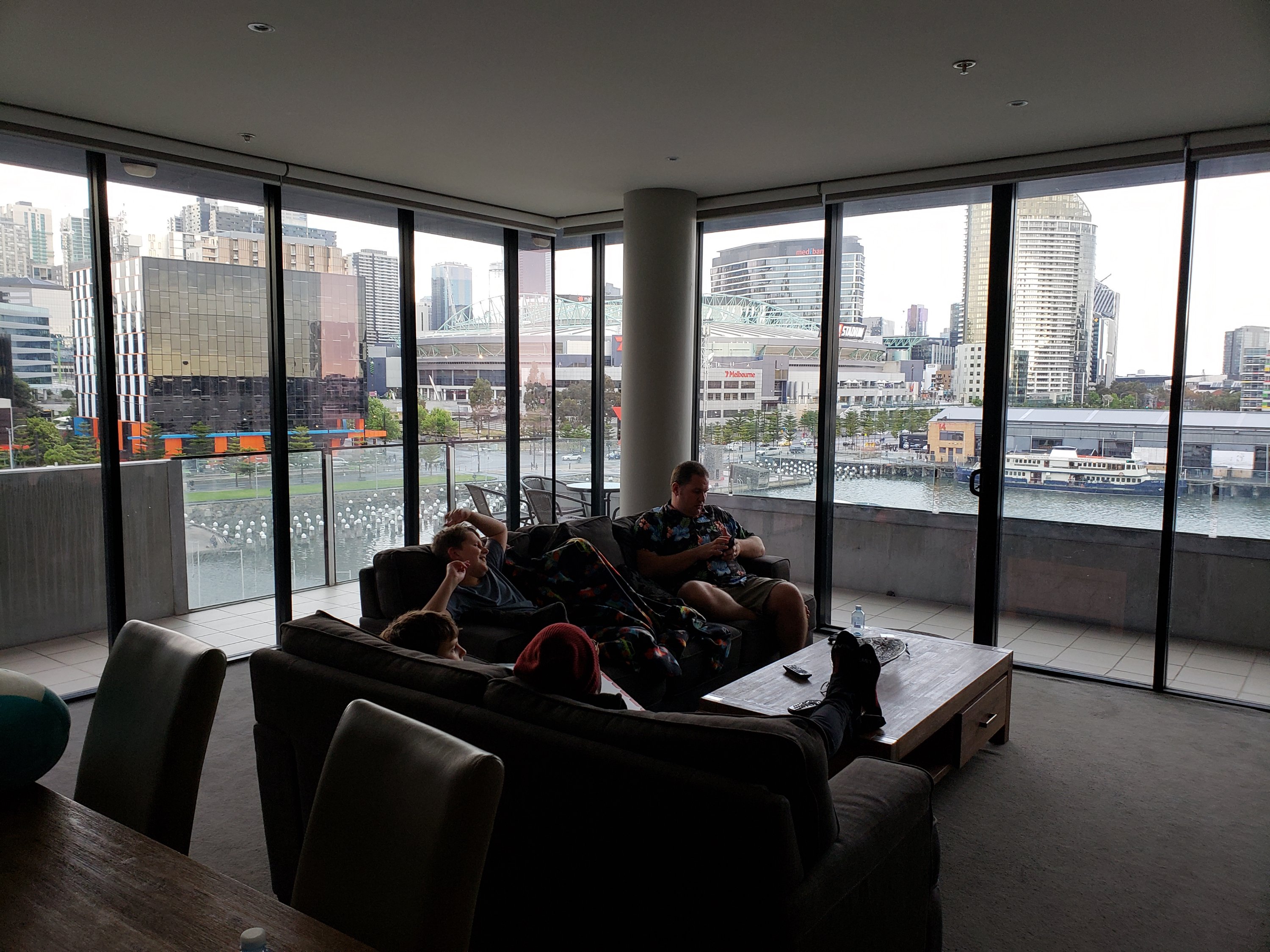